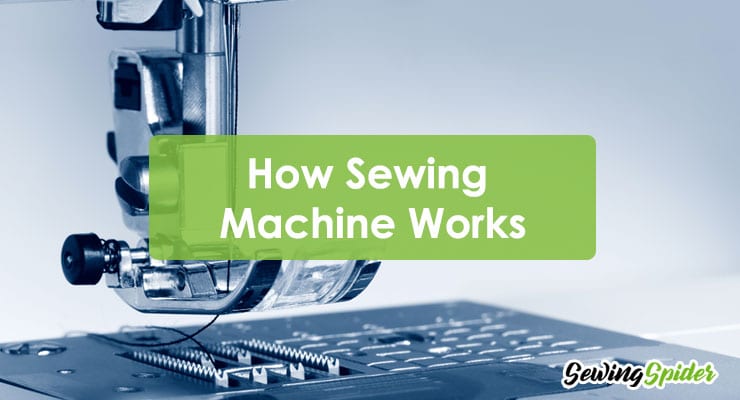 This is why we have been thinking of revealing that fantastic sewing machine mechanism. As per thinking, we spent a lot of hours exploring the issue. We finally came out successfully and today, in this article will be presenting you with the entire fact. Hope, you won’t want to miss such an enjoyable depiction.

The entire mechanism consists of needle mechanism, bobbin and shuttle mechanism, feed-dog mechanism and stitch mechanism. However, before we jump into the main section it is better to introduce you to a short history of sewing machine. This will not only enrich the writing explicitly but also offer you a new source of general knowledge. Let’s begin!

Like every other great invention such as computer, car, airplane and so on, the invention credit of sewing machines can’t be given to any specific or single inventor. Instead, it’s a revolutionary invention, an outcome of the hard-toil of numerous personalities.

Mechanically, sewing machines function grounded on an ancient mechanism that combines wheels with engineering machineries such as gears, and cams and cranks. Although the idea of gears, cams and cranks is somewhat new yet ancient wheel is an ancient invention.

However, sophisticated sewing machines run by electricity that is an idea of 19th-century. Again, the control of these machines comes from electronics that is a concept of 20th-century.

Hence, it can’t be said that sewing machines are an overnight invention, invented by a single person. Instead, it is a gradual advancement, with electrical, mechanical, and electronic machineries.

Working process of a sewing machine

Here, the hook and shuttle, which create stitches from needle thread, rotate slightly quicker than the needle. As a result, the gray shaft cannot but turn the shuttle further speedily that it does with the help of gears.

The feed-dog essentially forwards the fabric or any material via the machine with a stable speed so that stitches can be of the same length. It functions by moving upward at first and then forward consecutively. This takes place via two interconnected mechanisms driven-off the key shaft.  One of the mechanisms basically looks like an egg-formed wheel. The wheel forces a lever to toss back and forth. Because of this consecutive tossing, the feed dog is pulled from right to left and after that back at the same position.

In the meantime, another mechanism known as crank mechanism operates the feed dog up and down. When the up and down movements are coordinated, the feed dog functions somewhat like a shoe at the finishing point of an upside-down leg. Generally, a shoe on our leg consecutively moves down and back, and then raises up. The shoe keeps repeating the similar movement, pushing back opposite to the earth so that our body can move forward. On the contrary, a feed dog at first moves upward and then forward.

Mechanism of stitching in short

The three mechanisms discussed earlier are cautiously synchronized so that the machine can create flawless and equal-sized stitches. Here follows the step by step description of stitch formation.

So, this is how sewing machine works actually. We hope you have enjoyed the entire write up although, there is hardly any necessary info for a professional sewist. However, if you are still curious to learn more of the mechanism, you better enjoy a vivid presentation on YouTube.